How To Improve Efficiency In Food Production 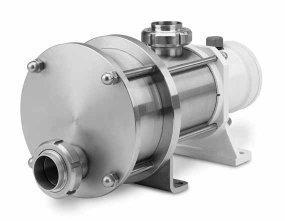 How To Improve Efficiency In Food Production

The production of frozen foods involves many different assets and types of machinery to get to the final product that consumers find in supermarkets. There are many liquids that are used in the production of these meals, that are integral to the meal, or as a side, which are currently being pumped from the mixing drum to the cooking appliance using a lobe pump. However, there are several prominent issues with this pump, including leakages and unplanned downtime.

It is the use of rotating parts in lobe pumps that causes these problems, and which ultimately effect the bottom line of factories that use them.

Mouvex have summed up the technology behind this pump:

An added benefit of the Mouvex Eccentric Disc Pump is the reduced waste. This is another area that lobe pumps do not stack up. These pumps require water to be pumped through to clean the pipe, which results in a huge amount of waste of expensive food products. The Mouvex system does not wash the pumps with water until the product recovery has been done. The Mouvex pump is designed to do this with just air, pushing out liquids inside the pump, resulting in 60 – 70% more of the liquids inside the pump being recovered. This will make a huge difference to your bottom line, purely by reducing waste. The pipe is then cleaned with water, preparing it for the next food application.

Though lobe pumps were once the best option for the pumping of liquids from mixing drums to cooking appliances, they have become outdated. Factory workers are frustrated with the issues that come with operating these pumps, and managers need to see a change to their bottom line. When it comes to replacing your lobe pump, Allflo Pumps and Equipment recommends the implementation of a Mouvex Eccentric Disc Pump, to stop unplanned down time and reduce waste. If you have any questions about this product, or would like to find out how it could be implemented into your business, don’t hesitate to contact our friendly sales team. 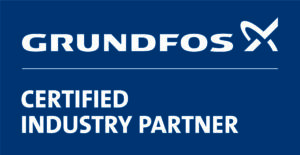 Recognition of Allflo’s Partnership with Grundfos 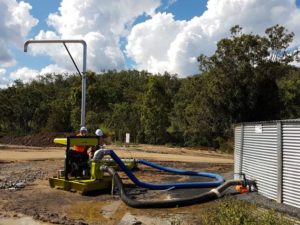 How To Improve Efficiency In Your Paint Factory